When is the best time to fly to Phuket?

One of Asia’s most popular beach destinations, Kiwis take cheap flights to Phuket for white sand, palm-lined beaches, watersports, nightlife and cultural activities, it’s also a jumping off point for snorkeling and diving day cruises. The island of Phuket is situated a 1 hour flight south of Bangkok and is a destination that caters to all kinds of tourists including the luxury travellers, families and backpackers. Peak season is typically from November to April when it’s cool and dry but in general it has nice weather almost all-year round. If you want the beach to yourself then avoid January to February, the busiest months, when the beaches are more crowded. If you’re hoping to find cheap flights to Phuket during the peak season make sure you book your flight tickets well in advance.

Low or off-season runs from mid-to-late April through mid-to-late October. The weather is good for the most part but the southwest monsoon season, September to October is the wettest. Storms can blow in quickly and the rain is heavy and hard. Its very hot and humid, and the likelihood of being sunburnt is high. But due to the lack of tourism luxury hotels are a steal and finding the cheapest flights to Phuket is a lot easier in low season.

When is the best time to book flights to Phuket?

Phuket has three distinct seasons: dry, hot and rainy, which may affect your decision about when to book flight tickets. But in terms of temperature it hovers at a steady 27C – 29C all year round. The dry season, or high season, attracts the most visitors and flight and hotel prices rise accordingly. Make sure to secure your flights to Phuket at least 2 or 3 months in advance to avoid the highest prices. If you’re a budget traveller then book cheap flights to Phuket during the hot or rainy season. June or July can be a good time to go but expect rain for up to three days in a row, an occasional storm/shower at night, and sunshine for the rest of the time.

Which day is cheapest to fly to Phuket?

Monday is currently, on average, the cheapest day to fly to Phuket. Flying on Thursday will result in higher flight prices.

At the moment, flights in the morning are likely to offer the best value for money for your Phuket trip. A flight at midday will more often than not be of higher cost.

How long is the flight to Phuket?

Which airlines operate flights to Phuket?

National carrier Thai Airways will get you to Bangkok from New Zealand, and from there it’s easy enough to catch a regional flight to Phuket City. There are very few direct flights to Phuket so you’ll usually have to have a stopover. Other airlines to consider include: Malaysia Air, Singapore Airlines and Qantas.

Phuket Airport (HKT) is where you’ll land 32 km from Phuket City. It’s easy to get to the city thanks to a reliable bus service which literally goes from the airport directly to the Phuket bus terminal in the city. Simply turn left when you leave the arrivals Terminal and you’ll find the bus stop where the buses operate at an hourly basis. You can opt for a taxi as well although these are more expensive than the bus. Make sure you agree on the price before you get in though to avoid being overcharged. You could also rent a car from the airport but unless you are a confident driver and are planning to drive more than just to your hotel and back, then renting a car wouldn’t really be worth it. 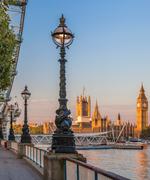 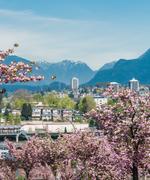 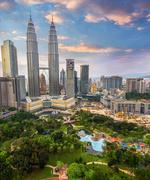 Prices found by our users for local departures to Phuket

Auckland to Phuket flights from $950 pp