When is the best time to fly to Bogota?

The most popular months to take a flight to Bogota are July, August and December. These months are the driest and also see some of Bogota’s most popular festivals. August in particular tends to see the most crowds for the annual Carnival of Bogota celebration. The carnival includes lively orchestras, salsa dancers, live music from more than two thousand different music genres and many more displays of Bogota’s cultural diversity. There are also pre-carnival celebrations to get involved in, such as street theatre fairs, puppet and storytelling. To catch the main action, head to Simon Bolivar Park. December also sees a flurry of parades, lighting displays, concerts, joyful events and decorations in celebration of Christmas, held in Simon Bolivar Park. This makes it another great time to book flights to Bogota and experience the festive atmosphere.

Bogota’s wettest months of April, May, June, September, October and November are considered the off-season, but travelling during these months can also allow travellers to take advantage of cheap flights to Bogota and allows visitors the opportunity to experience Festival Iberoamericano de Teatroin. The event takes place every two years in May and is the largest theatre exhibition in the Spanish speaking world. Renowned theatre groups from all over the world gather to perform in Plaza de Bolivar and the festival is introduced by a spectacular parade through the city’s streets.

Good deals and flights to Bogota may also be found during the shoulder season of January, February and March.

When is the best time to book flights to Bogota?

To ensure you get the cheapest price possible for a flight to Bogota, you should look to book at least 57 days in advance of your intended travel date. The price of your flight may increase if you delay and leave booking until a week or so before departure.

Which day is cheapest to fly to Bogota?

Thursday is currently, on average, the cheapest day to fly to Bogota. Flying on Saturday will result in higher flight prices.

At the moment, flights at midday are likely to offer the best value for money for your Bogota trip. A flight in the afternoon will more often than not be of higher cost.

The Colombian capital has come a long way from its former identity as a less-than-safe destination for visitors. Today, this mega metropolis is one of the largest in South America, and the urban city known as Bogota should top travel lists for those planning on visiting South America. World-class museums, modern shopping malls and fine dining restaurants sit alongside the colonial churches and traditional markets of Bogota’s past, inviting visitors to experience both past and present in this urban jungle.

Expect to spend most of a trip to Bogota wandering through La Candelaria, Bogota’s first neighbourhood. The city’s past is on full display in this colonial corner, where old public squares and cobblestone streets paint a picture of Colombia’s past. Filled with colonial churches, museums and slow-paced cafes pouring fresh cups of authentic Colombian coffee, La Candelaria is a welcoming introduction to the city of Bogota. Don’t miss the Museo del Oro, or Gold Museum, which houses the world’s largest collection of pre-Colombian gold pieces. Speaking of museums, the nearby International Emerald Museum is also an eye-catcher, thanks to its collection of brilliant green gems from around the world.

For a more traditional experience, the neighbourhood of Usaquen and its traditional Sunday market are a must for souvenirs and shopping. It is a stark contrast from the shopping experience at Bogota’s Santa Fe Shopping Center, the largest mall in the country.

When it comes time to dine, Bogota pleases palates with both the traditional and the modern. Areas like Usaquen are treasure troves for local flavours, while Zona G boasts some of Bogota’s most upscale affairs. After dinner, dance or drink the night away in the popular nightlife district of La Zona Rosa.

The rapid transit bus is one of the most convenient ways to get around the city, thanks to clearly marked bus stops and separate lanes. Private buses also run throughout the city, though they do not have designated stops and must be flagged down like a taxi. Speaking of taxis, cabs are available throughout the city and meters should be used at all times.

Flights to Bogota will arrive at El Dorado International Airport, which is about 8 miles (13 km) from the city centre. Buses connect travellers to the city, and you can choose between the regular public bus system or the rapid transit system. Prepaid taxis with regulated fares are also available at the airport. 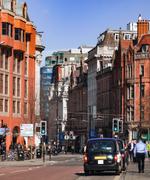 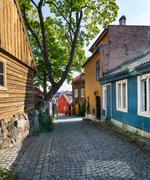 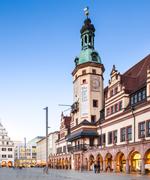 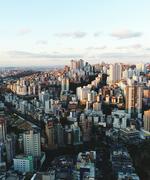 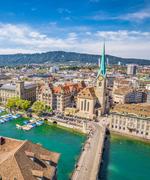 Prices found by our users for local departures to Bogota

Auckland to Bogota flights from $1,887 pp

Auckland to Bogota flights from $1,118 pp