Food… a fundamental element of life, one of the more enjoyable aspects of humanity and reason enough to travel the world.

Different smells and flavours, the heat of the kitchens, the sound of clinking glasses and people’s conversations and white table cloths – the establishment of restaurants has brought this all to life and turned eating into a ritual.

So when a staggering 60 per cent of restaurants do not make it past their first year, it is a testament to their success that some have had a steady stream of customers for centuries.

2015 marks the 290th anniversary of the world’s oldest restaurant – Restaurant Botin, which opened in Madrid in 1725 and holds the Guinness World Record for the oldest continuously operating restaurant in the world. To mark the occasion (and to have an excuse to daydream about food!) we embarked on a journey to find nine other historic restaurants and inns from around the world.

Some of them are much older than the record holder, but cannot claim the title due to their undocumented and sometimes turbulent past. 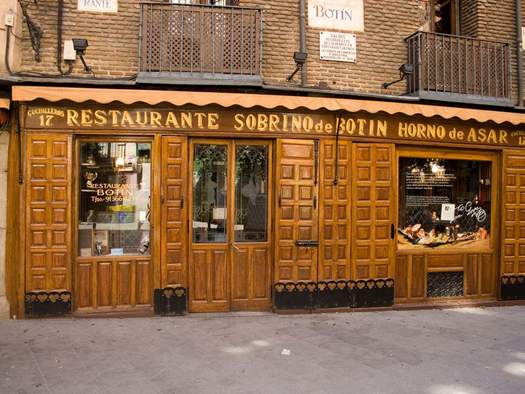 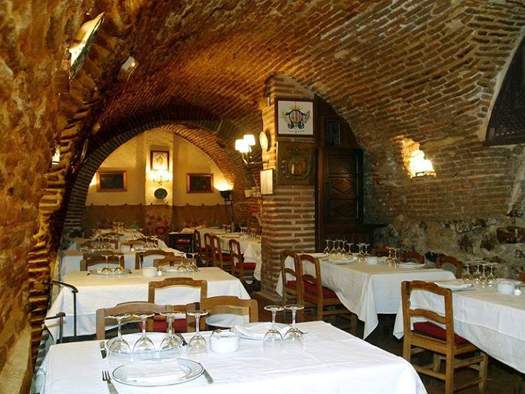 St. Peter Stiftskeller’s history can be traced back to 803 when it served as a meeting place for bishops and merchants but even though its patrons, interior, owners and menu have changed throughout centuries, it is still operating and is considered Central Europe’s oldest inn.

Stiftskeller’s acquired the right to brew beer in 1803 and started serving it alongside their own wine. Today, the restaurant has a state of the art kitchen, offers a contemporary take on old recipes, boasts an intimate interior garden and prides itself on ‘A feast for all the senses’. 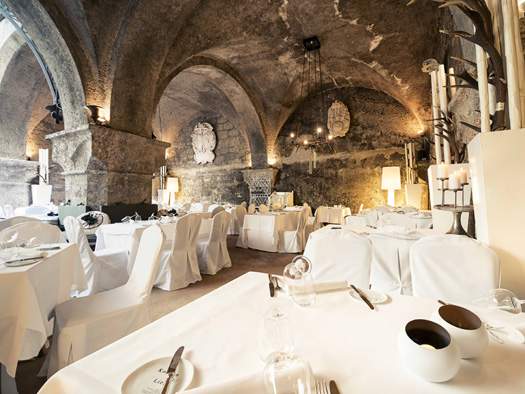 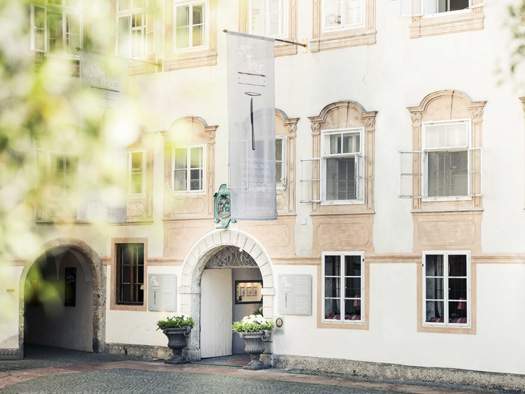 New Zealand’s oldest operating restaurant, The Gables, was built in 1847 and originally served whalers and traders. Today, the restaurant is famous for seafood and NZ lamb as well as its waterfront location.

The interior has been renovated but it incorporates the original wooden floors and panelling to preserve the traditional cosy feel of the space.

The restaurant’s surroundings are an attraction in themselves and many choose to spend long summer days here enjoying an exquisite meal accompanied by a glass of New Zealand’s finest wine. 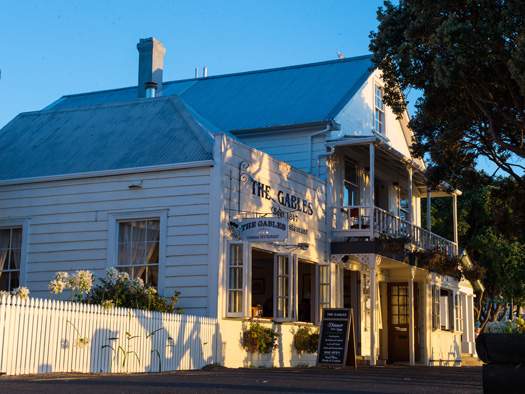 The 1847 building. Image by The Gables 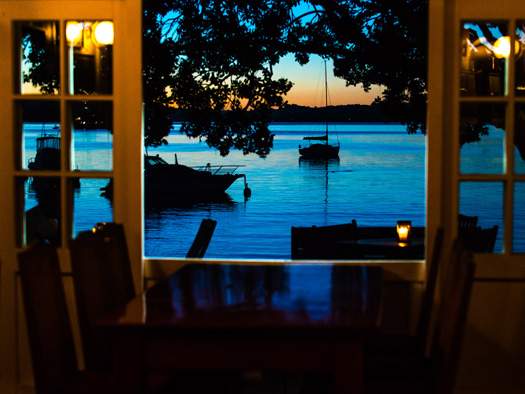 This view! Image by The Gables

Built in 1688, Auberge Saint-Gabriel was the first inn (or ‘auberge’) in North America to receive a liquor licence in 1754. The building hasn’t always been a restaurant, having temporarily served as a townhouse in the 19th century, but returned to its origins in the early 20th century.

The modern era Auberge Saint-Gabriel serves high-end fare and boasts contemporary décor which tells the history of the restaurant as well as the entire continent. 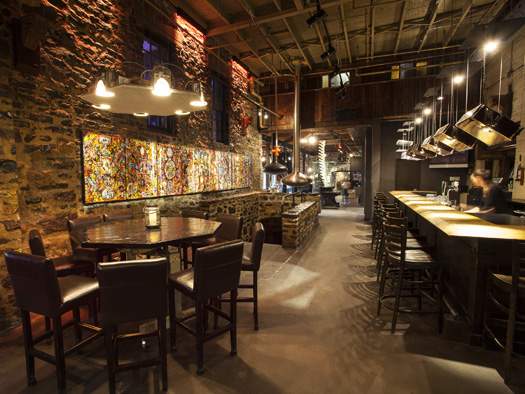 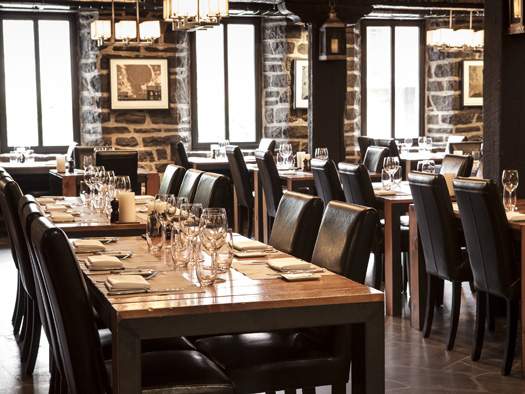 The oldest restaurant in Connecticut, the Griswold Inn was established in 1776 and has gone through the hands of six different families. It is one of the oldest continuously operating inns in the USA and apart from serving food in historic dining rooms, it also offers accommodation and live music.

The décor of the ‘Gris’ is maritime; filled with various brass bells and other memorabilia. Sea shanty evenings complete the inn’s nautical charm and keep the traditions alive. 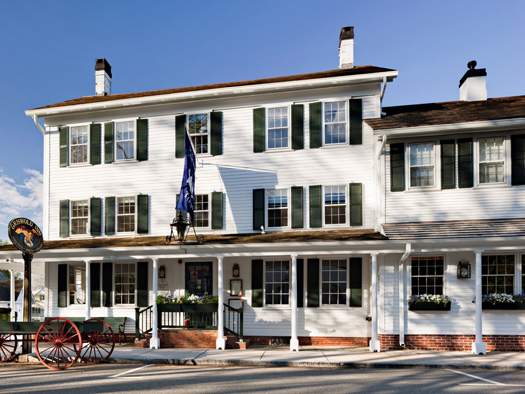 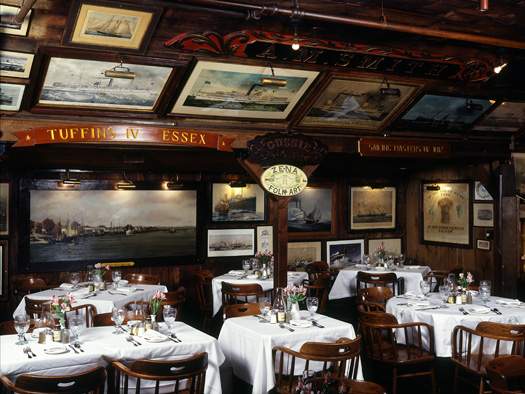 Established in 1873, Criterion is one of London’s older restaurants and certainly one of the grandest. The neo-Byzantine interior bathed in gold and marble with high ceilings and heavy curtains have witnessed some important historic events including the negotiations of Winston Churchill and David Lloyd George. It is also where Sir Arthur Conan Doyle, a patron of the restaurant, chose as the setting for Sherlock Holmes’ first encounter with Dr Watson.

In recent times Criterion has featured in many film and TV productions and is famed for its exquisite cuisine and memorable charm. 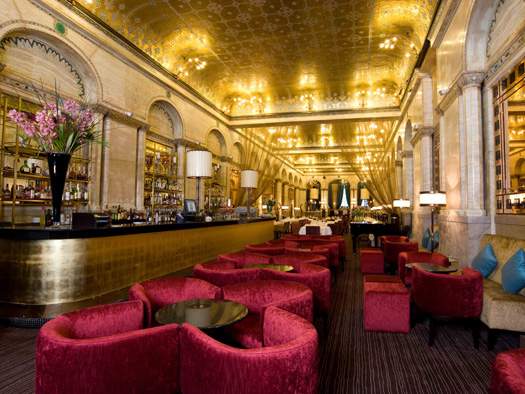 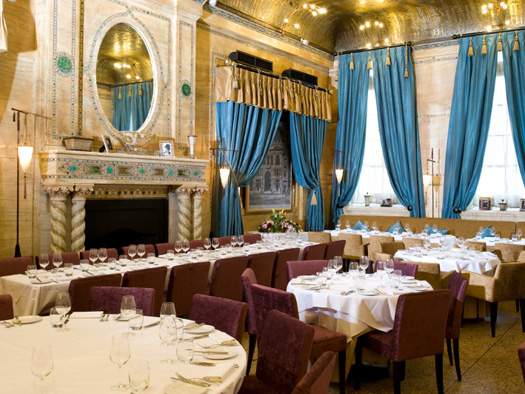 The origins of this legendary restaurant go as far back as 1364 when it became famous for hosting the 20-day feast to celebrate the wedding of the granddaughter of King Casimir the Great. The reception, attended by many European dignitaries, was so grand and lavish that it wrote itself into the history books and to this day is an example of splendid Polish hospitality.

Wierzynek today is one of the oldest restaurants in Europe, taking guests on a culinary journey throughout the centuries and serving the best of Polish cuisine. 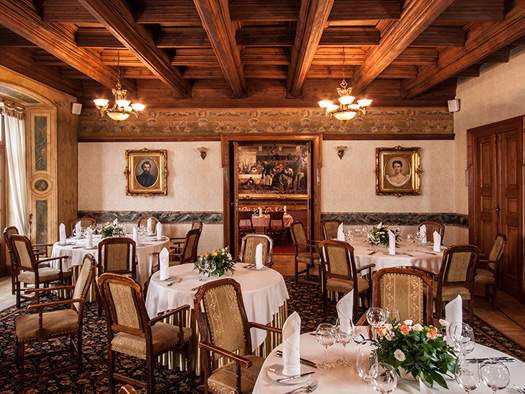 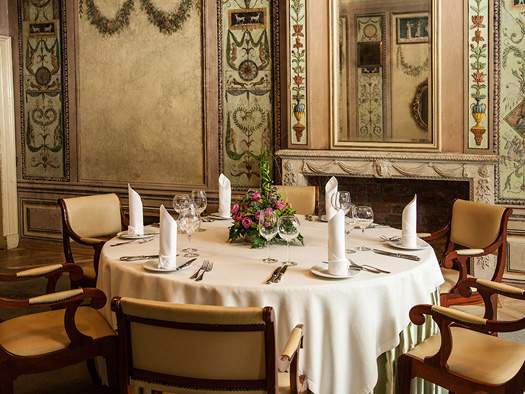 The oldest continuously licensed pub in South Africa, The Pig and Whistle, has been in operation since 1832 providing hospitality to travellers and locals alike.

This cosy pub with a wooden bar and 10 traditional bedrooms is located close to the seaside town of Port Alfred in Eastern Cape and fills up with visitors during the peak and off season. 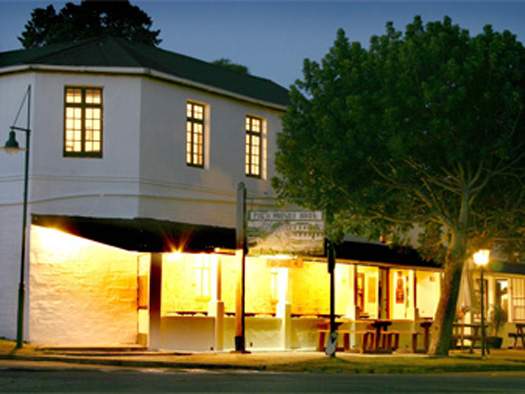 According to their own account, La Tour d’Argent was built as an inn around 1582 during the reign of Henry III, who apparently frequented the restaurant after returning from his hunting trips.

Today, the restaurant’s cuisine still focuses on the highest quality of seasonal produce and maintains its stately standards. 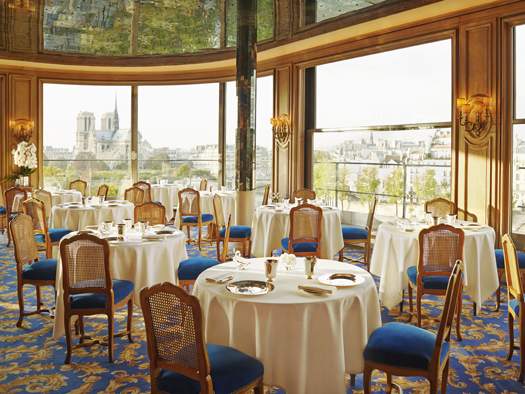 The youngest on the list is this Australian establishment located in the Dandenong Ranges overlooking the city of Melbourne. Starting off as a refreshment stop for travellers in 1918, today’s Cuckoo Restaurant is a 450-seat family business.

The name, apparently inspired by the owner hearing a cuckoo calling in the middle of the night, is an apt description of the quirky and slightly wacky interior.

The German-inspired Bavarian style chalet is famed for its smorgasbord offering and lively entertainment. 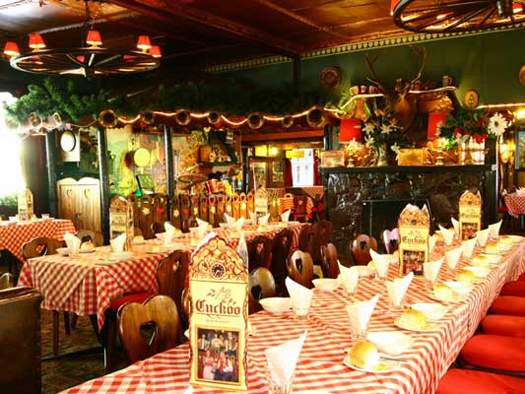 Featured image by The Gables

Oktoberfest in the sky: Top beer offerings on airlines around the world

Top 10 Ice and Snow Festivals Around the World

Originally a skill taught in culinary schools, the art of ice carving has moved out of the kitchen to the...
Kara Segedin

The festive season is almost upon us and with it comes the stress of shopping for gifts. Transform your holiday shopping experience...
Meagan DeLury