The Outback is a weird and wonderful place. There’s nowhere else on earth quite like it, and when you visit for the first time you’re going to feel a long, long way from home. Here are just some of the thoughts likely to cross your mind… 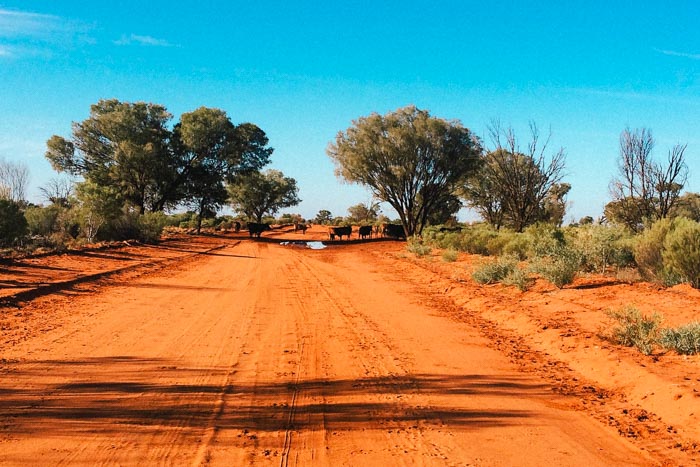 1. Why is everything so far away?

Remember growing up, how if something was more than an hour away it felt like you were driving to the end of the world? Even a trip to the supermarket felt like an eternity. Well, prepare to have your mind blown, because time takes on a whole new meaning in the Outback. For a lot of people, their letterbox is an hour away. Towns are frequently days apart. If you want to borrow milk from your neighbour, pop the esky in the boot and strap yourself in for a three-hour drive. You can sometimes travel for half a day before seeing so much as a petrol station. Because of this, you’ve got to allow a lot more time to do anything. While this sounds like a negative, it’s not. Eventually you just accept not to rush time but to savour in it. That’s pretty zen, huh?

Spending time in the Outback requires a high degree of preparedness. And that’s something that can cause a lot of issues for people who are used to being able to fly by the seat of their pants. In the city, if you run out of laundry detergent, you pop five minutes down the road to the supermarket and pick up a carton of Ben & Jerry’s and forget the laundry detergent all together. But, no such luck in the Outback. With such wide distances comes necessary forward planning. Even something as simple as going shopping requires thinking and planning. At first you’ll think this is madness and that you’ll never be able to cope. But you do and it becomes second nature. 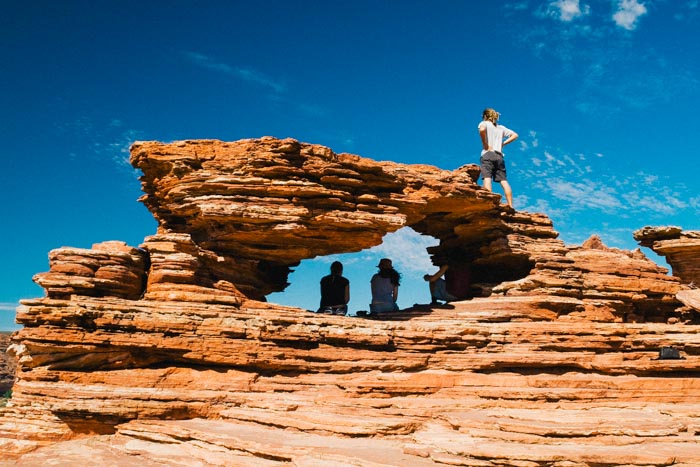 4. How come everything looks so different?

To the uninitiated, the Outback looks like Mars. It has a colour palette that’s completely its own, full of dark reds, mustard yellows and dry, washed out greenish browns. It’s full of campfires and camels and lots of dirt. It’s quite a scene when you first come face-to-face with a town that is quintessentially Outback. There truly is nothing like it. The old colonial-style wood houses that seem to have grown, rather than been built, there; the cars bashing along the dirt roads kicking up dust onto everything; the people boiling water on a fire; locals riding camels. It’s surreal and you’ll have to remind yourself you’re still in Australia.

I’ll admit that as a spoilt city boy whose only connection to the Outback was watching Steve Irwin on Animal Planet, I couldn’t understand what anyone would have to do out there. It must be so boring without cinemas and McDonalds and friends that live within walking distance. Later, I met people who grew up in the bush and they couldn’t believe my ignorance. People in the Outback tend to do so with purpose – whether it’s working on farms (harder than any work I’ve ever done), building communities, going to school or just embracing the great outdoors, there is oodles to do out there. There are events that bring communities together, amazing family-friendly country pubs, sports clubs and a lot more time spent outdoors. There’s also a lifestyle that encourages you to relax and build relationships – you don’t always need to be doing something.

5. Does this watering hole have crocodiles in it?

6. I had no idea there were that many stars!

Well, surprise City Slicker – there are! And you’ll be able to see nearly all of them in the Outback. I tried counting them all once, got up to about sixty-two thousand and fell asleep. Openness in general is something that takes some getting used to. You’ll be telling yourself that you’ve never seen so much empty land before and then the inevitable moment will come where you’ll feel completely insignificant. Sigh. But this is fleeting and the feeling will turn to giddiness as you embrace it. You’ll love the lack of phone signal and breathe in the unfathomably fresh air and wonder why it doesn’t taste this clean when you’re standing behind a truck exhaust in the city. Emptiness might sound bad, but in the Outback, it’s said alongside the realisation that you’ve got this magnificent space all to your own.

7. Why is everybody being so nice to me?

Country hospitality is a bit of a cliché in the Outback. The characters you meet are all full to the brim with smiles and they’re eager to share and help as best they can. They’ve also got thicker accents than me, and even I occasionally struggle to understand if they’re actually speaking English. New people aren’t as common as they once were in the Outback, and those that live there revel in telling stories of their hometowns and just generally chewing the fat. When you first come from the dog-eat-dog concrete jungles, it’s somewhat difficult to imagine they don’t have an ulterior motive. But don’t worry, a few days here and your cynicism will start to wear off. 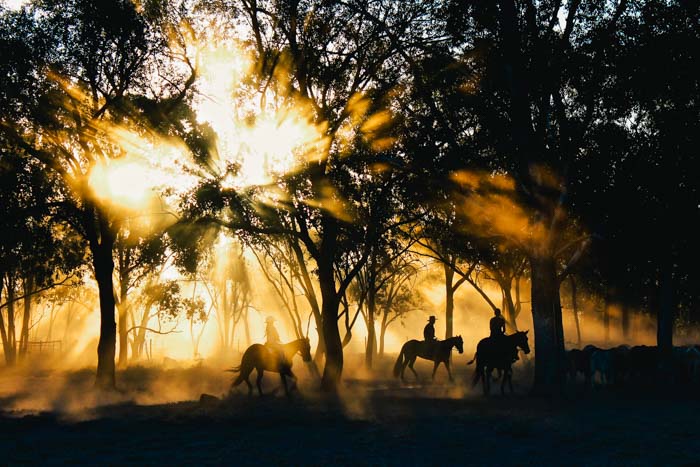 If you’ve never been to the Outback before, it’s a culture shock of epic proportions. It’s such a stark contrast to the bustling life of a big city that you’ll wonder how it could possibly have existed without you knowing about it. Laid-back people, more space than you know what to do with and a more simple life that makes our problems of a low Uber rating and being late for work seem pale in comparison to “I forgot the milk and the supermarket is three hours away.” You’ll either love it and never want to leave or get home-sick for the city. But if you travel at a million miles an hour and get to tap the brakes by shearing a sheep or riding a horse across a property, there’s every chance you won’t want to go home.

Tempted? Start your Outback adventure by searching for flights on Cheapflights.com.au.

8 thoughts everyone has the first time they visit the Outback was last modified: June 27th, 2019 by Martin Fleming