Packing in history, culture, wildlife, food and activities from the lush hill country to its palm tree-fringed exterior, it’s really no wonder that Sri Lanka has become one of Asia’s most sought-after destinations. It’s an easy cliché to say it has something for everyone, but the fact that this teeny tear drop-shaped island off the coast of India brims with bucket list attractions, #nofilter beaches and scenery for days, means it really has just that.

A decade after its civil war, this beguiling island is well and truly back on every traveller’s radar. But there are still some things I wish I’d known before visiting. So before you head on to Cheapflights.co.nz to search for an amazing travel deal, find out a little more about this fascinating place… And then get yourself on a plane and see it for yourself.

1. Its seasons are a tad complicated 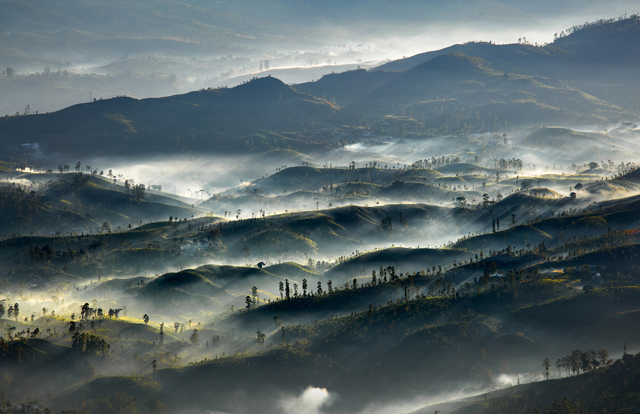 The best time of year to visit Sri Lanka generally depends on where you want to go. Despite its petite size, the country has not one, but two monsoon seasons that effect separate parts of the island at different times. The more severe “yala” monsoon affects the south and west of the island from April through to September. On the flip side, the “maha” monsoon affects the east and north from November through to March.

Another thing to bear in mind is how the religious calendar affects some of the country’s attractions. Adam’s Peak, for example, becomes the site of a massive pilgrimage between December to May. At this time of year, you’ll be able to witness one of Sri Lanka’s most important religious sites at its most atmospheric, as well as embark on a pretty impressive climb.

2. It’s tricky to stick to one mode of transport 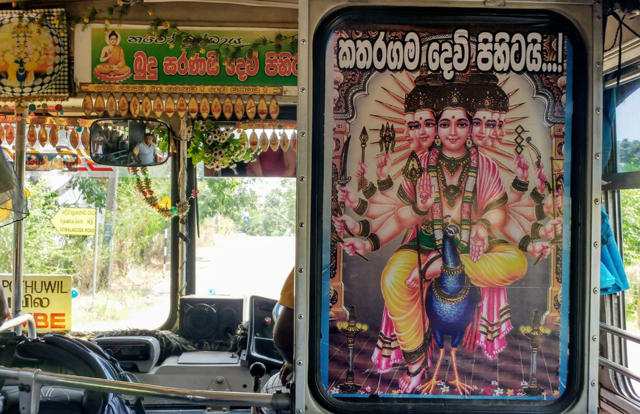 Being continuously voted as the most beautiful train journey in the world, Sri Lanka’s famous candy blue train is on most travellers’ to-do lists. The pictures of wanderlusty backpackers hanging out the train’s doors to take in the endless sea of neatly arranged tea plantations may leave you wondering why you’d opt for any other form of travel on the island. But, in fact, there are several other ways to get around.

Much of the time, buses are the most economical in terms of price and travel time saved. And they don’t skimp on experience too. Decked out with lights, packed with people, and sometimes blaring Sri Lankan music videos through a rickety television set, these rides are an experience in themselves and far cheaper than trains and tuk tuks. The downside, however, is that it can be hard to get timetable information before you arrive – you’ll have to make a trip to the station at the start of your trip for up-to-date times.

Sri Lankan rupees can only be purchased within the country so it’s worth making sure you have enough paper money or a credit/debit card that can be used abroad to exchange your dollars. There are currency exchange desks and ATMs all around the arrivals hall in Colombo airport, and although most towns and cities will have ATMs and many hotels and restaurants accept cards, it is definitely worth carrying cash. Most smaller businesses and guesthouses won’t accept cards, especially outside of the main tourist hubs.

4. Dress and act appropriately in temples 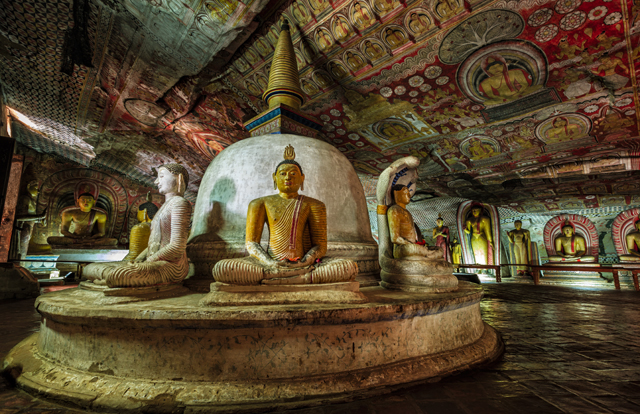 Sri Lanka is dotted with impressive Buddhist and Hindu temples, most of which can be visited by tourists. It’s important to follow the local customs in order not to offend, namely not standing with your back to Buddha, not wearing footwear (including socks) inside the grounds and covering your shoulders and knees. During Full Moon Poya Holidays, people dress entirely in white and you’ll fit in better if you do the same.

5. Going on safari? Do your research 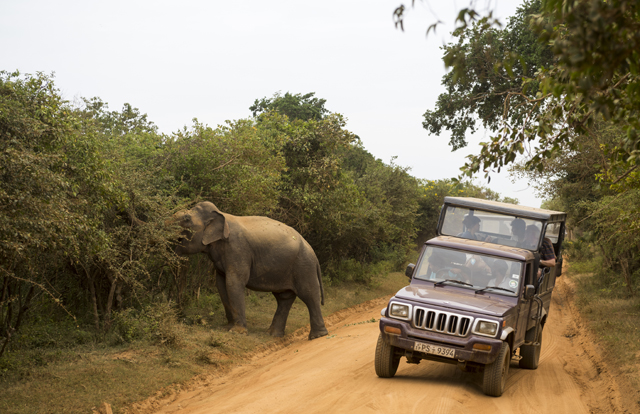 Sri Lanka is one of the best places to go on safari outside of Africa and there are numerous national parks to choose from. It’s worth doing a bit of research to decide which one is right for you and plan your trip accordingly. Love elephants? Then make it Udawalawe National Park. Want to bird watch? Then visit Bundala National Park. A bit of everything? Then go to Yala – the country’s most famous national park, due to its dense leopard population.

Bonus tip: If going to Yala, opt for a whole day tour (rather than a half day). Spending more time there will obviously increase your chances of spotting the park’s famously elusive leopards, and it’ll give you plenty of time to make stops to gaze at its resident elephants.

Those travelling to Sri Lanka and expecting the nightlife you’ll find in other parts of South East Asia might be disappointed. Excessive public drunkenness is pretty rare and disapproved of, and nightlife is pretty subdued – even in larger towns and cities. Of course, there are pockets of coastal towns (try Arugam Bay in the east and Hikkaduwa in the west) and areas of cities like Colombo where you’ll find backpacker-style parties – just don’t go expecting Full Moon-style excess.

7. Don’t be led astray in Ella 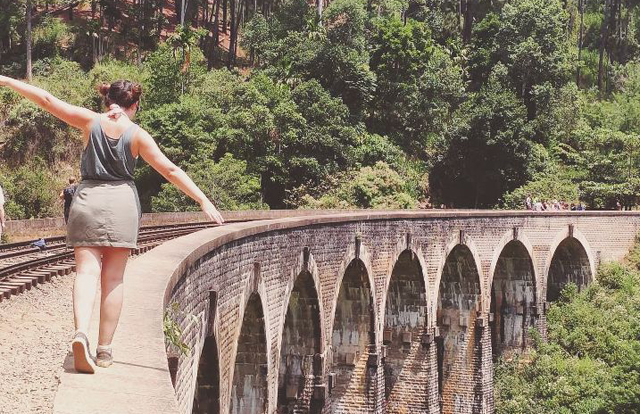 The hilltop town of Ella is most people’s base for exploring the surrounding hill country. It’s undeniably one of Sri Lanka’s most tourist-friendly towns, festooned with trendy backpacker bars, restaurants and guesthouses – yet its jaw-dropping surrounding scenery means it pulls in even the most beaten-path aversed backpackers. The 3 most popular attractions – Nine Arch Bridge, Ella Rock and Mini Adam’s Peak – all involve a bit of trecking to get to them. I wish I’d known beforehand that they’re not very clearly sign posted, and several locals make their money from pointing you in the wrong direction and then offering their guided tour for a fee. Fake signs and arrows are common, so follow the directions of someone in the know, be it a fellow traveller or the receptionist at your hotel before setting off. 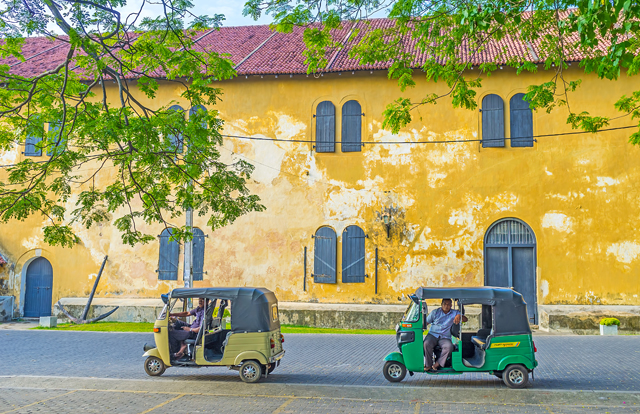 There’s a culture for drivers to accompany travellers throughout their entire trip here, so often jumping in a tuk tuk or organising a one-way taxi will involve the driver trying to either accompany you for the rest of your journey, or encouraging you to make some extra stops along the way. I booked a driver from Colombo to Kandy and felt too polite to refuse a stopover in a spice garden, before being talked into buying herbal remedies and Ayurveda treatments. I learned quickly that this is quite common and soon knew to refuse this stopover. Unless the prospect of being shown what pre-ground turmeric looks like intrigues you, just tell your driver you’ve already visited one.

9. Everyone is super friendly 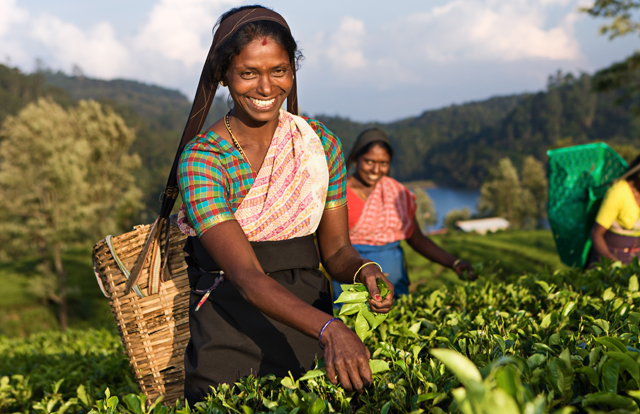 One of the things that’ll stick with you about Sri Lanka, is just how unbelievably friendly everyone is. It’s easy to be cautious when travelling, but when locals come up and start asking you where you’re from and where you’re travelling to, 9 times out of 10 it’s out of genuine interest and politeness, rather than them trying to scam or sell you something. Showing the same interest back will open you up to some incredible experiences and allow you to learn even more about this wonderful place.

Ready to explore Sri Lanka? Then get searching for flights on Cheapflights.co.nz.

If you simply can’t get enough tea, it might be time to go to the source of your favorite beverage....
Marissa Willman 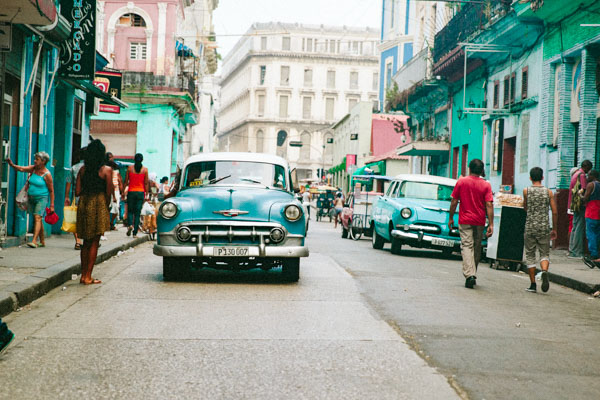 Thinking of heading to Cuba? It’s surprisingly accessible (just check out how reasonable the flights are on Cheapflights.co.nz). We may think we...
Sarah Holt 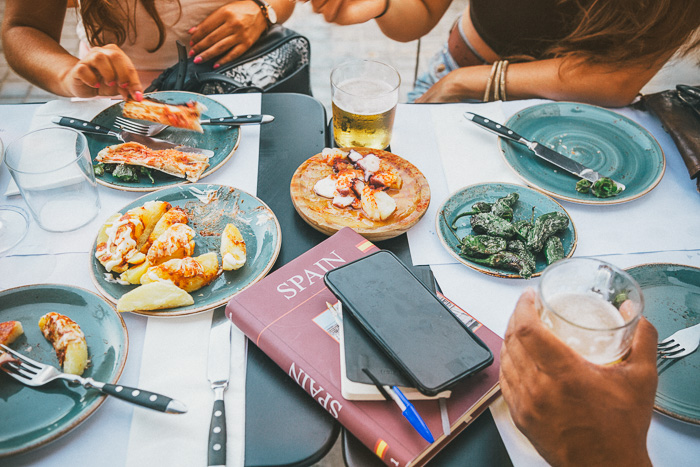 So you think you know Spain? What springs to mind? Is it Barcelona, beaches and bullfighting? Or siestas, sangria and...
Kirsten McCroskrie