The last large landmass to be discovered by explorers, New Zealand is known as the youngest country on earth, but all around the nation there are pockets where time stands still, where stately old homes, churches, hotels and pubs are a throwback to colonial times.

In honour of Waitangi Day – held on February 6 every year to commemorate the signing of our founding document in 1840, the Treaty of Waitangi – we’ve put together a list of 12 heritage spots for your New Zealand History Road Trip.

Start your NZ historic road trip in the far north at the Waitangi Treaty Grounds and get a lesson in early settler’s history at the same time – both European and Maori. Guided tours (many of the guides here are descendants of signatories to the Treaty) bring the past to life here, or catch a traditional welcome and performance complete with haka, waiata (singing), games and weaponry.

Step back in time at the nearby Kerikeri Mission, built in the early 1800s by missionaries and Maori. Kemp House is New Zealand’s oldest European building, while the Stone Store is the country’s oldest shop.

Where: The Auckland Domain, Parnell, Auckland 1010

Built in 1929, the Auckland War Memorial Museum sits atop a hill and is considered one of the country’s finest heritage buildings. It was New Zealand’s first museum, housing a number of cultural, artistic, natural and wartime treasures.

Constructed to house auctioneer Alfred Buckland’s enormous family (21 children!), this Gothic mansion offers a bucolic oasis in the heart of Auckland. Highwic has everything you’d expect from an estate of the time, from stables to ballroom and billiard room. Outside is just as impressive as inside, with sprawling gardens and grounds, including tennis and croquet lawns.

Built by early pioneers, this unassuming church was the site of one of the Waikato War’s most dramatic skirmishes.

Here, a group of less than 20 men held off around 200 others until reinforcements arrived – you can still see bullet holes in the walls and ceiling.

A key battle of the Waikato was fought here and dozens of lives were lost. Today you can still see the remains of the Maori fortifications and visit the cemetery.

The Taranaki Cathedral Church of St Mary in New Plymouth is the country’s oldest stone church, complete with stunning stained glass windows, plaques and historic artefacts. Outside, the churchyard is the resting place for the graves of many Maori and early settlers.

Built from native timbers, this celebrated Wellington cathedral is a sight to behold, with soaring ceilings and intricately embroidered furnishings. The cathedral site was once part of Pipitea Pa, a Maori settlement.

What makes this lighthouse so famous? Well, it was New Zealand’s first permanent lighthouse, and operated by the country’s only female lighthouse keeper. The 8km gravel road there, rising to a steep narrow track, means it’s not thronged with crowds.

You’ll find the iconic Matanaka Farm Buildings in the Otago region – these five are the oldest surviving of their type still in their original place. The stables still have their old tin iron roof and pigeon lofts while the privy features a three seater toilet!

Dubbed New Zealand’s only castle, this mansion was built by politician William Larnach and eventually contained over 40 rooms. An air of darkness and mystery surrounds it – Larnach committed suicide in Parliament, and the ghosts of his wife and daughter are said to haunt the castle.

One of the most photographed buildings in the country, Dunedin’s railway station is held up as a shining example of Edwardian Baroque style. With a clock tower at one end and a Gothic spire at the other, plus the stark contrast of dark basalt and white limestone, it earned architect George Troup the nickname Gingerbread George. When it was first built, it was the busiest rail station in the country.

One of the best ways to see New Zealand, without a doubt, is by campervan. As long as you observe...
Esther Goh 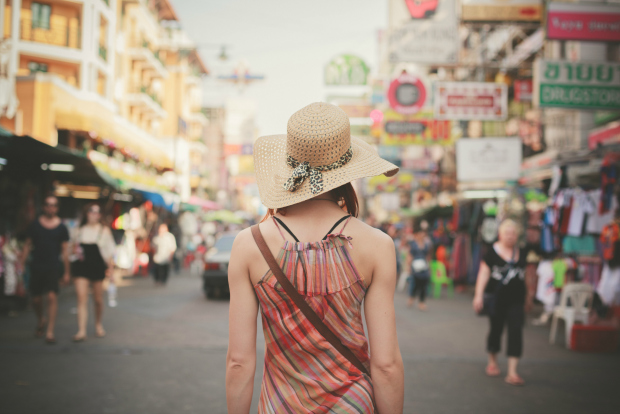 Bangkok’s legendary Khao San Road- you either love it or you hate it. With its own cult following and reputation,...
Tomas Dano 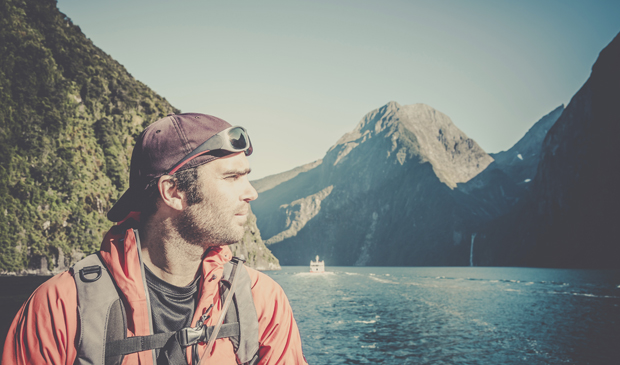 Southern Scenic Route: On the road

Described as one of the world’s most spectacular drives, New Zealand’s Southern Scenic Route connects Dunedin and Queenstown and can...
Justine McLeary