French chefs are renowned worldwide for their mastery of sauces, desserts and ingenious presentation, but their menus are also full of surprises.

The French have some unusual tastes and dishes aren’t for the faint-hearted. Justine McLeary checks out eight quirky French foods adventurous diners might want to try next time their in France.

The French version of black pudding, this tasty treat mainly comprises the blood of pigs,  cattle or sheep. The name alone may turn you off, but boudin noir is a tasty dish that’s worth trying this dish, if you can turn a blind eye to its contents.

The blood is allowed to coagulate before being combined with oatmeal, barley or sweet potato, and the mixture is then boiled. A chewy skin forms on the top, and many people relish eating this.

Blood sausage is often served with caramelised apples or diced potatoes and onions. 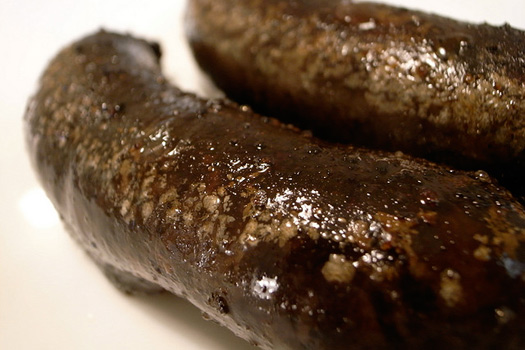 Andouillette is a traditional French sausage made from pig chitterlings (colon) and stomach, combined with mustard and spices. A coarse-grained sausage, you’ll either love it or really hate it – there’s no middle ground.

French andouillette can be an interesting challenge even for adventurous eaters. Sometimes sliced thinly and served cold, it has a rubbery texture and a smell many people find unappetising. Put simply, it smells like poo. The aroma can be attributed to the use of the pig’s colon in the sausage.

Many French eateries serve andouillette as a hot dish, and food safety laws require that all fecal matter is removed from the meat before cooking. 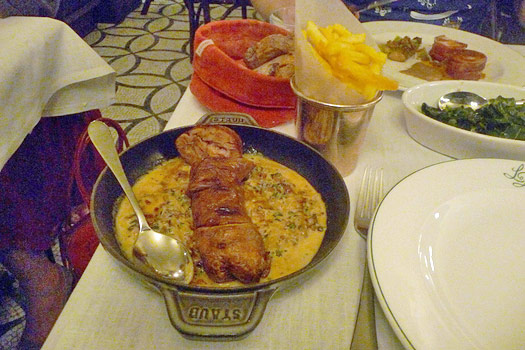 Frogs’ legs are one of France’s most well-known delicacies and you’d be hard-pressed to find a more authentic French dish.

The meat is apparently nutrient-rich, and commonly cooked with garlic, butter and parsley. The legs are tiny and best eaten using your fingers. Restaurants serving cuisse de grenouille usually also give diners bowls filled with water and lemon; use these to rinse your fingers between mouthfuls or after finishing the dish. 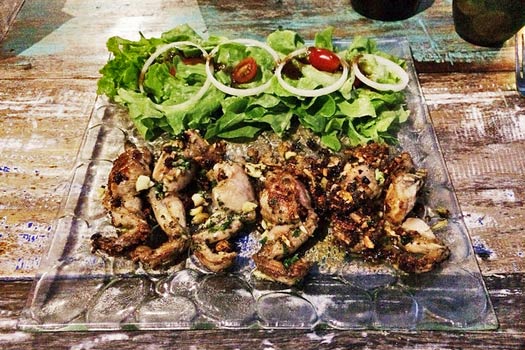 Otherwise known as sweetbreads, ris de veau is pancreas of calf.  Sweetbreads are often soaked in salt water and poached in milk, before the outer membrane is removed. They’re then dried, chilled, coated in breadcrumbs and fried (deep or pan) or braised. Add whatever seasoning takes your fancy. Mustard, turmeric or chili go particularly well with this dish.

Sounds delicious; try it and see for yourself. 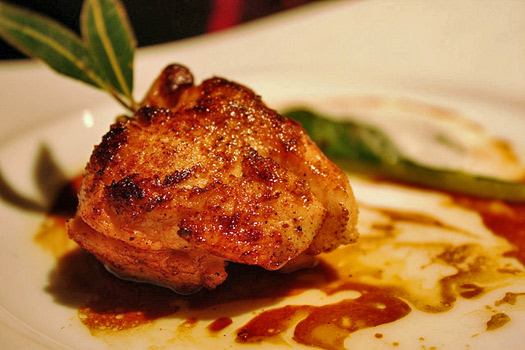 The French do not consider snails pests. Instead the creatures are grown on farms and destined for dinner tables around the country. Once the snails mature, farmers purge their stomach contents, which can be toxic, and pack them off to restaurants. There they’re baked and served outside their shells with a rich sauce and crusty bread.

Escargot is usually an entrée dish. 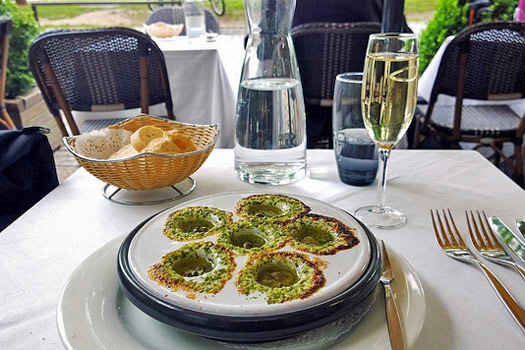 The name of this dish (head cheese) is deceptive; there is no cheese in sight. Instead, fromage du tete is a terrine or meat jelly made with flesh from the head of a calf, pig, sheep or cow, and often set in aspic. Various parts of the head are used, but the brain, eyes, and ears are usually removed. If you’re ‘lucky’ you may get tongue, feet and heart thrown in for no extra cost.

Head cheese is also sometimes made from quality pork and veal trimmings. Gelatin is added to the stock to bind it. The dish is seasoned with onion, black pepper, bay leaf, salt and vinegar, among other things, and is usually eaten cold or at room temperature. 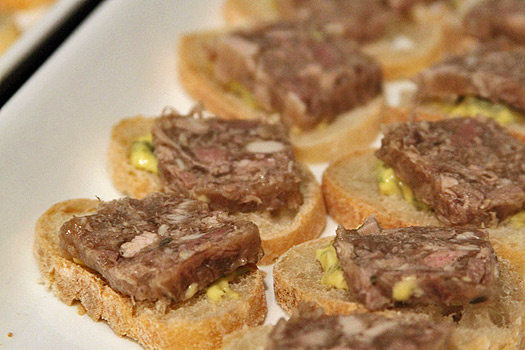 French people love their seafood, and top of the must-eat list is sea urchin. These salty, spiny shellfish are popular on restaurant menus, and there are even festivals dedicated to them, such as Fete de l’oursin et du coquillage, a seafood tasting event in Carry-le-Rouet.

Sea urchins are still collected by hand by professional fishermen and commonly eaten raw with lemon or as sushi, spread on grilled bread, or used to flavour soups. They’re often described as very salty.

If you try this dish and don’t like it, it’s easily washed down with a drop of good French wine. 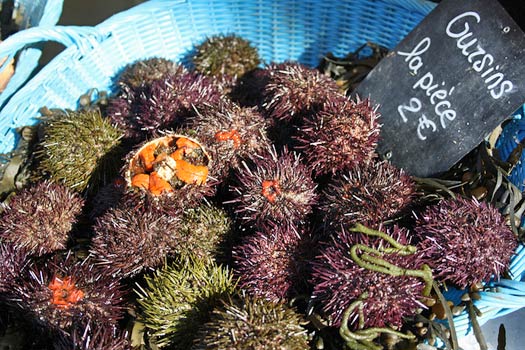 Cockscomb, as it’s perhaps more commonly known, is used as a garnish on many French dishes, especially to add colour to poultry meals. The brilliant red adornments found on roosters’ heads are also often minced and combined with a sauce for use in various dishes, and they work well in risotto or in any salad dressing or soup.

If you want to cook them yourself (and of course you do!), soaking the comb in lemon juice removes the toughness. Submerge them in water and squeeze to clean off any remaining blood, and boil and braise them as you would any tough cut of meat.

Many people say cockscombs taste similar to the rest of the rooster, though tougher. Expect to chew it for a while. 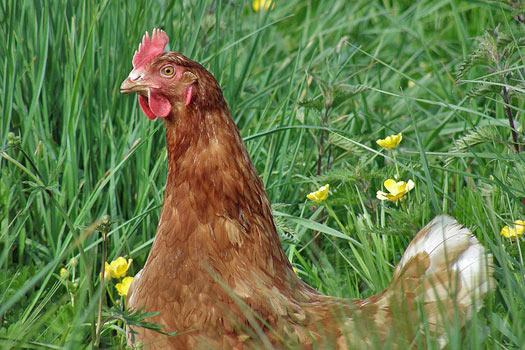 What is ‘hangi’ and how many tries has Jonah Lomu scored? What are New Zealand’s only native land mammals and...
Olga Szoke

Boarding a flight: Expectation vs. reality

With many things in life, there are high expectations and then there is the reality. When it comes to boarding a...
Nicole Rashotte 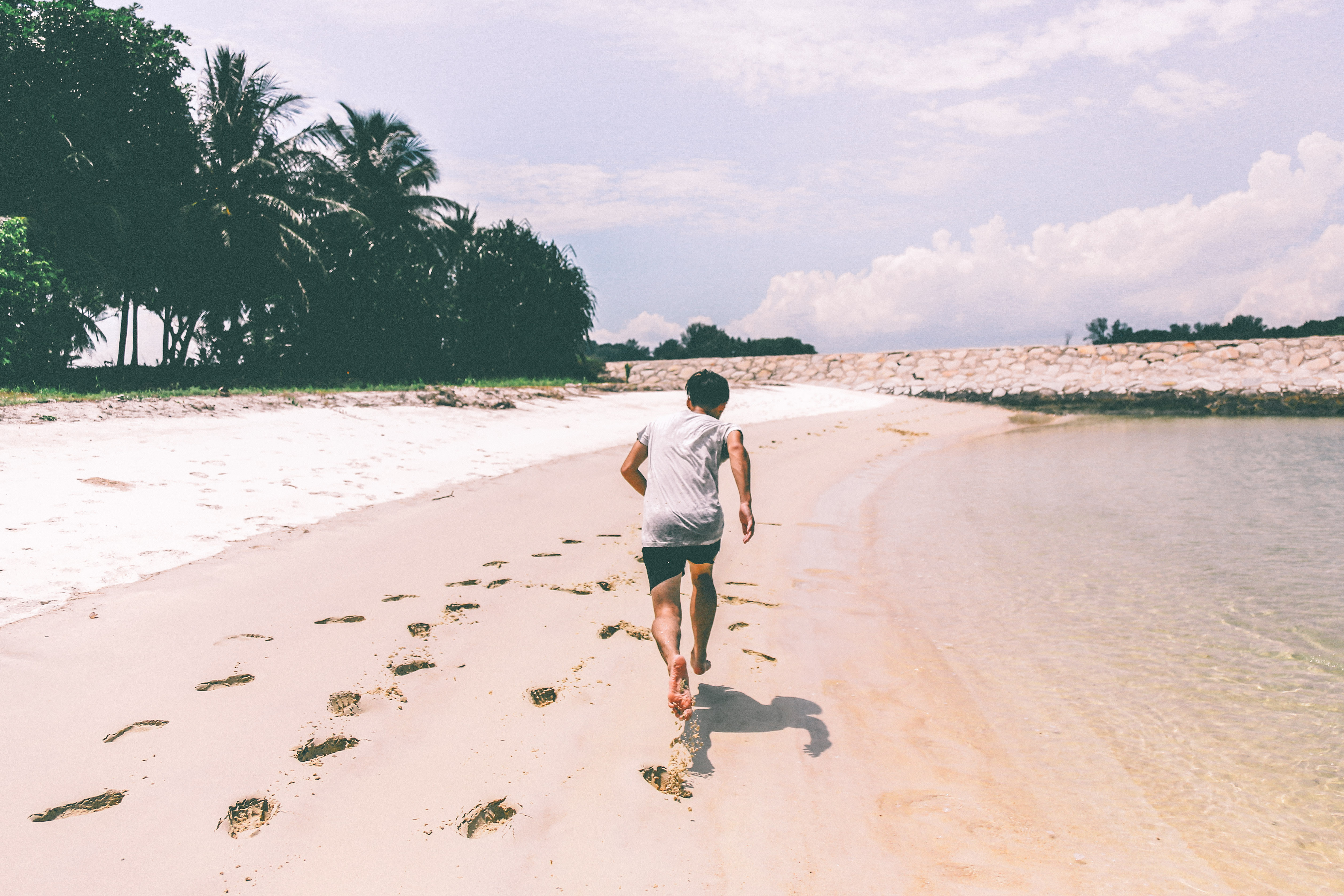 Can you get through this post without booking a holiday?

Itching to get away? Has it been far too long since your last holiday? If so, you’re likely not alone....
Jessica Padykula