Samoa is a country that’s cut from a different cloth. Not least because of the Fa’a Samoa culture. Forged 3,000 years ago, Fa’a Samoa expresses itself in art, crafts, clothing and dance. What’s more, despite being smaller than Sydney, Samoa manages to squeeze in everything from lagoons and jungles to coral reefs and archaeological sites across its ten islands.

Flights to Samoa take just under four hours from Auckland and the good news is you can search for the cheapest ones on Cheapflights.co.nz. But before you do that. here’s our pick of the best things to do when you get off the plane…

Splash about in the To Sua Trench 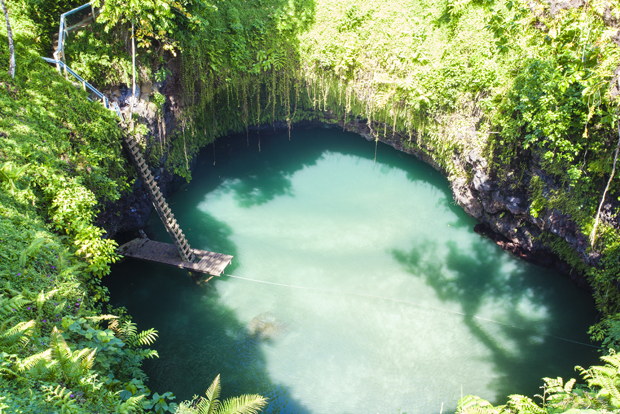 The scenery at To Sua hits you right between the eyes. This natural swimming pool is sunken into an enormous pot hole in a lava field on Upolu Island. A ladder leads down into the waters, which look tie-dyed in shades of green and blue.

Close to the Samoan capital Apia, nature has created its own water park. The rocks beneath the 16-foot Papase’ea waterfall have been smoothed down over time to create a run of natural flumes and chutes that visitors can shoot themselves down.

Snorkel around the Giant Clam Sanctuary

The largest giant clam sanctuary in Samoa is located in Le Valasi Beach Fales, 35 kilometres from Apia. Looking like giant purses, the clams here reach up to 50 centimetres in size. Their shells and insides come in a spectrum of colours from lavender to royal blue. 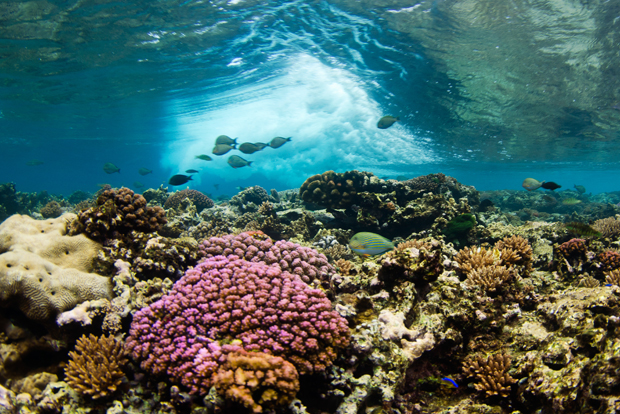 The Robert Louise Stevenson Museum doffs its cap to the author of Treasure Island and Kidnapped, who lived on Samoa for the last five years of his life. The museum is located at his former home. Inside visitors can see highlights like his library where he continued to write up until his death.

Sounding like something from a Stephen King novel, the Virgin’s Grave is part of the Saleaula Lava Ruins area on Savai’i island. An entire village including its church was deluged by lava here in the 1900s. Today, visitors can walk on the lava fields and visit the cemetery where the dead were buried.

On car-free Monono Island, you’ll find four go-slow fishing villages and a couple of archaeological sites. The first is located at the 110-metre peak of Mount Tulimanuiva and takes the form of a 12-point ancient star mound. The second is the Grave of 99 Stones, where each stone represents one of the wives of the great chief called Vaovasa. 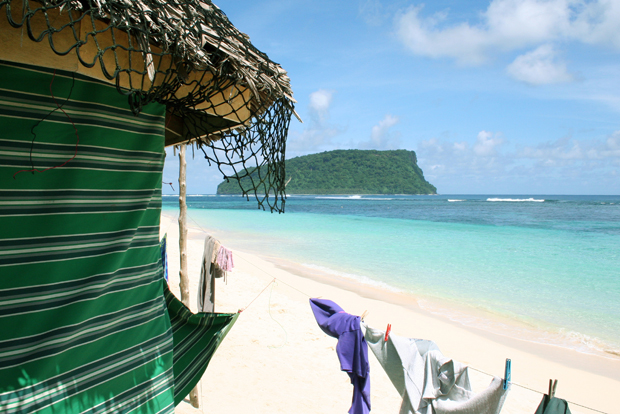 Resorts all over Samoa run Fiafia nights for their guests. They’re sparkly celebrations of Samoan culture include singing, dancing and fire-juggling. Men wear lava lavas (like kilts) and women wear puletasis (two-piece dresses) and the culmination of the night is a Taualuga dance, which everyone piles in on.

Sip on a Koko Samoa

Koko Samoa is a traditional Samoan drink made from cocoa beans. It looks velvety but it actually contains grinds – undissolved grains of the cocoa bean. One of the best places to buy a cup is at the food market on Fugalei Street in Apia.

Get a taste for Umu

Umu translates as oven, but it’s much more than that. Umu dishes are cooked in a hot banana-leaf-lined hole in the ground. Meals are often cooked for up to 24 hours. Everything from fish to pork is baked in the umu. One of the most talked-about dishes, however, is the palusami, which is baked coconut cream in taro leaves.

Do a beach crawl

The sands of Samoa look like they’ve been bleached. They’re blindingly white and lapped by waters in HD-blue. Highlights of the country’s coastline include Lalomanu beach on Upolu Island, Tanu beach on Savai’i and return to Paradise Beach in south west Upolu, which was used to film the movie by the same name in 1953.

Eager to experience Samoa? Find banging flight and hotel deals on Cheapflights.co.nz now. What are you waiting for?

Start your search
10 cool things to do in Samoa was last modified: June 27th, 2019 by Sarah Holt